The disaster has been dubbed the “Amazon Chernobyl”, which is actually misleading since it implies that an accident happened, when in fact there was no accident. For almost three decades, the oil company Texaco – acquired by Chevron in 2001 – was responsible instead for deliberately dumping over 30 billion gallons of toxic waste and crude oil into the Amazon rainforest in Ecuador.

The system of oil extraction they had designed had, as its fundamental feature, the systematic discharge on a daily basis of millions of gallons of cancer-causing toxic waste; poison that was dumped into rivers and streams that the local communities relied on both for drinking water and for fish, a staple food. As a consequence and over a period of decades, a great many have died of cancer, and continue to die. There has also been a spike in birth defects. To this day, there are still a thousand open-air toxic waste pits that Chevron built to run their cancer-causing effluent into the Amazon’s rivers and streams.

The impact on local communities has been absolutely devastating:

From 1964 to 1992 Texaco, the company acquired by Chevron with all its liabilities, polluted a 1700 square mile swath of pristine rainforest. In its lust for profits, the company cut corners and dumped at least 19 billion gallons of toxic water into the environment. It discharged 17 million gallons of crude into unlined pits, some as deep as 30 feet, on the forest floor. There is no telling how many species succumbed to the horrors of such unbridled greed.

But this is also a story of environmental racism. For decades, Indigenous people of this region were told that the oil was no threat to them. On the contrary, many of them were told that it had medicinal value and contained “vitamins.” Thousands of people used that water. They drank it, cooked with it, bathed in it, oblivious to the danger. After seeing a spike in birth defects and cancers, that danger became increasingly clear. Unable to relocate because of crushing, imposed poverty, they are forced to live in this human-made disaster area, even though it is slowly killing them.

From an article entitled The Amazon Chernobyl is a Warning for Us All written by Kenn Orphan, published in Counterpunch on March 19th.

Here is the complete version of Abby Martin’s three-part series covering Chevron’s disaster in Ecuador, on teleSUR’s ‘The Empire Files’:

Steven Donziger was the lead US attorney in a class action for the indigenous people of Ecuador that began in 1993 shortly after the company left. Nearly two decades on, in February 2011 – almost half a century after Texaco began their criminal operations – an Ecuadorian court issued a historic ruling ordering Chevron-Texaco to pay close to 10 billion dollars compensation. Unsurprisingly, Chevron considered the ruling illegitimate and then in retaliation moved all of their assets out of Ecuador. To date the Ecuadorian plaintiffs have never received any compensation from Chevron.

Shortly after the judgement, Chevron-Texaco instead filed a civil racketeering suit in New York City against Donziger, and this is where the plot further thickens. The judge assigned to the case was US District Judge Lewis Kaplan and in 2014 he also ruled that the judgement in Ecuador was invalid, claiming Donziger had achieved the result through “fraud, bribery and corruption”:

For some, call them criminal justice ingenues, it may be hard to believe this is happening in the United States, that our famed judiciary has sunk this low. But in the U.S., a judge acts as prosecutor and jury on behalf of a giant oil company, Chevron, as it destroys the life and career of human rights lawyer Steven Donziger. His crime? Daring to win a judgment against Chevron in an Ecuadorian court. For those less enchanted with the U.S. justice system, this is no surprise. But there it is. This judicial travesty is occurring in New York state. And the Chevron friendly judges – first Lewis A. Kaplan and his hand-picked appointee judge Loretta Preska, and now the U.S. court of appeals for the second circuit in a March opinion – keep ruling for the company, as they cage Donziger with house arrest, 600 days so far and counting.

The New York federal prosecutor declined to prosecute this case which is based, Donziger says, on lies, so in an astonishing move, Kaplan appointed Chevron’s attorneys. There will be no jury. Judge Preska will doubtless find Donziger guilty – of a misdemeanor that carries a maximum penalty of 90 days – though he’s already been under house arrest for over 600 days. The message to the legal community is clear: don’t mess with a fossil fuel company, because if you do, they will find a judge who favors the company and they will destroy you.

From an article entitled The Judicial Persecution of Steven Donziger written by Eve Ottenberg published in Counterpunch on April 9th. 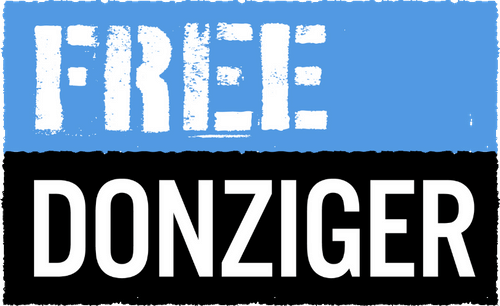 “In a nutshell, we won the case big – there’s about a ten billion dollar judgement. Which by the way, that might sound like a lot [but] it’s a modest number compared to the magnitude of the damages. It’s a fraction for example of what British Petroleum has paid for its Deep Water Horizon disaster in the United States, but in any event it’s a sizable number.

“And then Chevron sued me back in US courts where I live here in New York. They named as defendants all the community leaders, other lawyers, scientific consultants and they ran what was essentially a show trial without a jury, presided over by a judge who was a former tobacco industry lawyer, who would not look at any of the evidence from the Ecuador case – would not look at the voluminous scientific evidence that backed the judgment in Ecuador…

“And he found based on a paid witness – Chevron paid a witness $2 million – that I orchestrated the bribery of the trial judge in Ecuador which is something that is completely false. It’s been rejected by 29 different appellate judges in Ecuador and Canada who’ve looked at it. But it was used to attack me and to try to block enforcement of the judgement against Chevron’s assets. It was part of that process.” [from 5:40 mins]

The full interview is embedded below:

In 2020, Donziger was disbarred in New York, but not in the District of Columbia where he is also a bar member. He totally denies all of the allegations and has appealed the verdict, considering the attack on his law licence to be politically motivated in retaliation for his successful human rights work in Ecuador.

Chevron recently orchestrated my criminal contempt prosecution and detention in New York by one of the company’s private law firms, Seward & Kissel. This happened after I appealed a shocking and unprecedented order from trial judge Lewis A. Kaplan — a former tobacco industry lawyer — that I turn over my computer and phone for review by Chevron lawyers. This order violated the most basic sanctity of the attorney-client privilege, potentially placing my vulnerable clients at severe risk of grave bodily harm or even death. As my appeal of this order was pending, Judge Kaplan charged me with criminal contempt. The federal prosecutor in Manhattan rejected the case, prompting Kaplan to appoint the Chevron law firm Seward & Kissel to “prosecute” me. The Seward firm failed to disclose until seven months into the case that Chevron is a private client — a flagrant conflict of interest. The Seward law firm has kept me under house arrest without trial for 19 months while the pandemic has caused numerous delays of my trial.

Donziger remains under house arrest in his apartment in New York. His trial has been postponed several times but was rescheduled for May 10th:

Steven Donziger is on trial in Manhattan federal court for failing to turn over his computer, phones and other electronic devices and refusing court orders to surrender his passport in the civil case brought by Chevron.

U.S. District Judge Loretta Preska is presiding over the case with no jury.

In an opening statement, prosecuting attorney Rita Glavin said that Donziger had consciously chosen to disobey court orders to turn over his devices and documents.

“Choices have consequences,” she said.

From a Reuters report released the same day.

BREAKING: In closing argument, my lawyers demand immediate dismissal of "unethical" Chevron-financed prosecution that has kept me in house arrest for 2 years after winning $9.5b pollution judgment.

On May 26th, ‘The Grayzone’s Aaron Maté invited Steven Donziger to speak on his two years of house arrest in a Kafkaesque prosecution engineered by one of the world’s top oil giants:

On Saturday [June 12th], Steven Donziger also spoke to comedian and activist Jimmy Dore about how he became the first corporate prosecution in America (and hopefully the last):

Steven Donziger is currently the only person locked up pre-trial on a misdemeanour in the whole of America. So far, he has already spent 675 days under house arrest with an ankle bracelet which far exceeds the maximum sentence of 180 days which he could receive if convicted.

For all intents and purposes, I am the only person in American history being prosecuted by a private oil company. This is frightening for me and my family, but it also represents a grave threat to the right of Free Speech and civil society everywhere.

Meanwhile his case receives next to no coverage in the mainstream media.

To support Steven Donziger you can visit his official “Free Donziger” website here: